LONDON, July 19: Virgin Media Television-owned channel LIVING has commissioned Ginger Productions to produce a new clip-based show with the working title Who Do You Want To Solve Your Murder?

The new show will air over two nights on LIVING in September. It reveals which TV detectives people would trust to investigate their own murders, and will interview the actors who have played some of the most famous and legendary TV detectives, such as Kevin Dobson (Kojak), Eric Estrada (CHiPs), George Baker (DCI Wexford), Stefanie Powers (Hart to Hart), and Peter Falk (Columbo), along with pundits such as Melissa Joan Hart, Michael Winner, Ian Hyland and Colin Dexter (the writer of Inspector Morse).

Clare Hollywood, LIVING’s head of commissioning, commented: “TV detectives can be a hot topic when it comes to who is the best, and this show focuses on why people would trust one detective over another—especially if it was for their own murder! There is some great talent in this show, and it is a fun twist on a tried and tested format.”
Posted by Meredy at 7/19/2007 05:06:00 PM No comments:

Stefanie Powers to Headline L.A. Reprise! Staging of On Your Toes 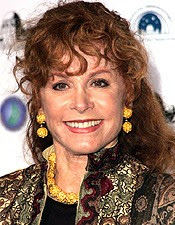 Stefanie Powers and Dan Butler will lead the cast in the upcoming Reprise! staging of On Your Toes at the UCLA Freud Playhouse in Los Angeles. The show will preview on August 14, open on August 15 and continue through August 26, directed by Dan Mojica. Jason Alexander recently assumed the artistic directorship of the Reprise! series.