It was neither Paris nor springtime, but it must have felt that way to the producers and creative artists behind writer-director David Lee's ebullient revised version of the Cole Porter classic Can-Can. The Pasadena Playhouse production of the musical led the winners at the Los Angeles Ovation Awards, which were presented on November 12 at the Orpheum Theatre.

For the second year in a row, actor Neil Patrick Harris was the amusing and amiable host, cracking jokes about the writer's strike and making good-natured jabs at sundry targets, such as actor Jason Alexander. Among the presenters were Kate Burton, Gil Cates, Garry Marshall, Stefanie Powers, Sheldon Epps, Yeardley Smith, and Heroes star Adrian Pasar (whose world-premiere musical Atlanta bows at the Geffen Playhouse later this month).

The James A. Doolittle Leadership Award was presented to the Community Redevelopment Agency of the City of Los Angeles for its heroic efforts to aid local companies plagued by real-estate woes during recent years, helping in relocating theatres in rental facilities or possibly constructing permanent homes. An impassioned Michele Lee sang the praises of the Actors Fund, then presented the Community Outreach Award to this distinguished 125-year-old organization. And Center Theatre Group's artist director Michael Ritchie paid tribute to actress Annette Bening, who won the group's Career Achievement Award.
Posted by Meredy at 11/14/2007 03:46:00 PM No comments:

The 2007 Ovation Awards will be hosted by Neil Patrick Harris, and honor winners in 29 competitive categories and 3 honorary categories. The Honorary Recipients include: Annette Bening, The Actors Fund, and The Community Redevelopment Agency of Los Angeles. 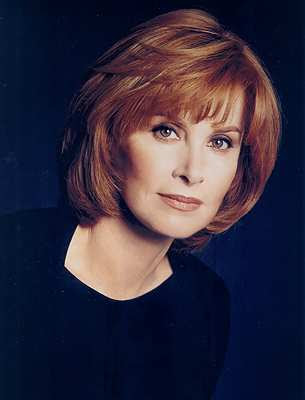 Former “Hart to Hart” actress Stefanie Powers has a one-woman musical all about nostalgic love.

Whether you spell it Hart or heart, the word fits actress Stefanie Powers.

Famous for her role as Jennifer Hart opposite Robert Wagner in the television series “Hart to Hart,” Powers’ one-woman show, “One from the Hart,” debuts at the Orange County Performing Artscenter this week.

Describing the show as a “nostalgic, sentimental journey of the heart,” Powers said the multi-media presentation accompanying her musical performance is “another member of the cast.”

“The screen is the backdrop upon which I tell the story,” she said. “It’s a celebration of love through the vocabulary of love that I was raised with.”

Her mother loved Broadway musicals, she said, was at the movies every Saturday, and her show is reminiscent of a time when “romance was a part of our vocabulary.”

“Hart to Hart” was about a self-made millionaire and his journalist wife.

They spent their free time as amateur detectives, and in spite of being busy solving murders or catching thieves, they always found time for romance.

“It was the ideal relationship — we all dreamed of that kind of love,” Powers said.

Powers said “One from the Hart” is old fashioned in a good way.

“All that we see [on screen] is so violent and vulgar — this vulgarity thrown in your face is unrelenting. When something steps out that’s a bit more of the finesse and style that fantasies are made of, it’s lovely,” she said.

While this show is part of the center’s cabaret series, Powers promises a show unlike any that’s been done before, and said she isn’t a cabaret performer.

With a background in musical theater and acting, she prefers more of a scripted, theatrical presentation — storytelling of a musical nature.

An animal lover all her life, Powers is president and co-founder of the William Holden Wildlife Foundation, formed 25 years ago in memory of the actor and his lifelong dedication to animal conservation.

Holden established the Mount Kenya Game Ranch in 1956, and its Wildlife Education Center opened to the first group of students in 1982.

Powers is director of the ranch, which continues its education and conservation efforts, establishing breeding herds of more than 37 species.

“Education is crucial to wildlife conservancy.”

Powers was 16 when a chance encounter with director Blake Edwards gave her career the push-start it needed.

She was late for acting class, and running down the hallway when she ran into him — with an open door.

One thing led to another, she was offered a contract at Columbia Pictures and Powers credits Edwards with being responsible for her career.

“That’s how people were discovered,” she said, and given the Hollywood writers’ strike, she’s glad she’s able to fall back on her musical theater background.

WHAT: Stefanie Powers in her one-woman show “One From the Hart”

Television audiences fondly remember Stefanie Powers for her Emmy-nominated role as luscious amateur sleuth Jennifer Hart opposite Robert Wagner’s Jonathan in the television series Hart to Hart. Now cabaret audiences are in for a treat as Powers unveils her “closely guarded secret”: the woman can sing, too! In her Center debut, she infuses her jazzy-bluesy-torch-tinged numbers with all the emotions of the veteran actress that she is, delivered with her trademark elegance.