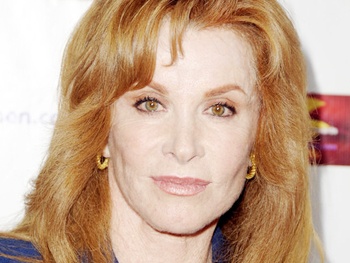 Emmy Award winner Valerie Harper has pulled out of the national tour of Looped, due to illness. After being hospitalized during rehearsals, Harper’s doctors have advised that she take a medical leave of absence from reprising her Tony-nominated role as Tallulah Bankhead. Harper will be replaced by Stefanie Powers, who played Bankhead’s daughter in the film that inspired the events of the play. The Looped national tour will kick off at Fort Lauderdale’s Parker Playhouse on February 26.

“It is with deep sadness and regret that I will be unable to honor my commitment to the tour of Looped,” Harper said in statement. “This play has been such a gift and it was my hope and intention to play this role again in the upcoming tour. But given my doctor's recent recommendations, I must now put all my energy into getting well and renewing my strength.”

Harper endorsed Powers as her replacement, stating, “Stefanie is the perfect choice to take over this role. She is extraordinarily talented and will make one terrific Tallulah! I have called to give her my blessing and I urge everyone to go out and see this hysterically funny play and support Stefanie's participation.”

Set in the summer of 1965, Looped follows an aging and intoxicated Tallulah Bankhead as she attempts to re-record one line of dialogue for her final film, Die! Die! My Darling! The ordeal takes eight hours as Bankhead spars with Danny Miller (Brian Hutchison), a no-nonsense film editor, during the dubbing session. The tour also features Matthew Montelongo as Steve.

Looped originally premiered at the Pasadena Playhouse in California, starring Harper. The show opened at Broadway’s Lyceum Theatre on March 14, 2010, where it played 25 performances before closing on April 11.

Powers is an Emmy-nominated actress, best known for her role as Jennifer Hart in the TV series Hart to Hart. She has appeared in London’s West End in Matador, The King and I and Love Letters. Harper earned four Emmy awards for playing Rhoda Morgenstern on TV’s The Mary Tyler Moore Show, Rhoda and Mary and Rhoda. On Broadway, Harper has appeared in Take Me Along, Wildcat, Subways Are For Sleeping, Something Different, Paul Sills’ Story Theatre, Ovid’s Metamorphoses and The Tale of the Allergist’s Wife. Hutchison’s Broadway credits include The Invention of Love, Exit the King and Proof. His film and TV credits include Ghost Town, Love and Other Drugs, Sudden Death and Do No Harm.

The Looped national tour will play Baltimore’s Hippodrome Theatre from March 5 through 17. The tour will also stop in Hartford, where it was originally scheduled to launch before Harper’s hospitalization, from May 7 through 12.
Posted by Meredy at 1/28/2013 07:02:00 PM No comments:

Love Letters at the Madinat Theatre

Art For All is proud to present this romantic stage show at Madinat Theatre.

This play, considered one of Gurney's best and a classic of the American stage, tells the story of two people who grew up together in the 1930s and continue to stay in touch through letters. Directed by Ian Talbot, it stars the American actress Stefanie Powers ("Hart to Hart") and the American-British actor David Soul ("Starsky and Hutch").

Love Letters comes to the UAE

Directed by Ian Talbot and starring the American actress Stefanie Powers (Hart to Hart) and the American/British actor David Soul (Starsky and Hutch), the play brings together laughter and sadness, with the audience often seeing something of their own lives up on stage.

It is being brought to Dubai by the UAE-based Art for All and the London-based Jamie Wilson Productions (When Harry Met Sally, The Night Before Christmas).

The universal story is pertinent to any nationality, according to Talbot, the artistic director of the Regent Park open-air theatre in the UK. “We have worked on the premise that Andy has discovered the letters in his attic after many years. He reads them and memories come flooding back. Both sit in rooms that represent their personalities.”

The play aims to illustrate how “inept” we sometimes are when trying to express true feelings.

While Melissa talks about the merits of the telephone above letter writing, the character of Andy finds the phone inhibiting and can only relay his true feelings on paper. With the constant advancements in technology, Talbot says he can sympathise. The director recounts a recent experience at a restaurant where six people sitting at the same table focused on their mobile phones rather than each other.

“We are losing the ability to communicate and I mourn the lack of letter writing,” says Talbot.

Writing with the stars

Having seen the results of the successful partnership between Powers and Soul when they previously acted in the play, the producer Jamie Wilson decided to reunite the pair for the Dubai performance.

A R Gurney was once quoted as saying the play “needs no lengthy rehearsal, no special set, no memorisation of lines and no commitment from its two actors beyond the night of the performance.”

Both Soul and Powers say the “unusual” play is a “gift” and a “joy” for any actor to do. The actors describe the story as an insight into two people’s lives through letters that show how they become who they are and in what ways they both deal with life. They encourage UAE residents to come and watch how they made each character their own, and also to witness their on-screen chemistry.

“It’s a study of the human condition that audiences will be able to relate to,” said Powers and Soul in a joint statement.

They were both “very moved” by the play from the first read as it stirred different emotions.

Opening with a “beautiful rendition” of Love Letters, Love Letters asks the audience to be true to themselves and avoid allowing others to suppress what they believe, says Talbot.

“Everyone experiences strong emotions that sometimes are hard to relate. The play is a challenge but it is so well written that if you cast it with two talented and experienced actors, it will take care of itself,” he adds. “Everyone can ask themselves if they have always followed their hearts.”

The story also explores how the characters come from comfortable backgrounds materially, but find it hard to express themselves emotionally.

“These are two wonderful parts that don’t come along all that often. No wonder it attracts star names,” says Talbot, who advises the audience to “bring a handkerchief.”

Following the production, Powers is set to go on location in Hungary for a new film, while Soul is working on a documentary in Cuba about the restoration of Ernest Hemingway’s car.
Posted by Meredy at 1/27/2013 06:36:00 PM No comments: