Stefanie Replaced in Pack of Lies

Stefanie to Appear in Pack of Lies

A talented Co Derry girl who has rubbed shoulders with some of television's best known characters has landed a dream part in a West End show.

But Magherafelt-born Emma Kearney got her first taste of the business when she worked for a local TV station in Derry.

The 27-year-old lived and studied performance in Manchester and since graduating she has appeared in top soaps such as Coronation Street and Emmerdale.

Now she has landed a dream role in one of the West End's more controversial shows which will be touring the UK this year.

A Pack of Lies, which is based on a true story, centres around a London family and their neighbours during the 1950s and 1960s.

"It will be my first West End job", says Emma, "I'm really excited.

"The audition came out of the blue and it took two months before I found out I got the job. I couldn't believe it. It happened really fast. I had to be in London five days later to start rehearsals and it's going great."

Emma plays a woman called Thelma in the play, which first opened in the West End in 1983 starring Judi Dench and Michael Williams as the Jacksons.

"The play was controversial when it first came out," said Emma, "It is a true story about Russian spies living in London and how they were found out. My character works for MI5.

"It is a brilliant job. My first big London theatre job. The director is an amazing man and the cast are lovely. We will be touring for eight weeks all over Britain. Then we'll go to the West End."

The play, which is a Bill Kenwright production, stars Jenny Seagrove and Stefanie Powers and will tour Britain for the next eight weeks.
Posted by Meredy at 1/23/2009 11:45:00 AM No comments: 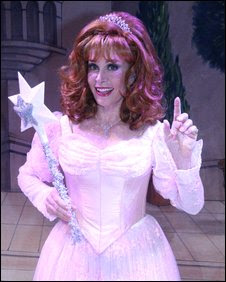 American actress Stefanie Powers missed her pantomime performance as the fairy godmother in Southampton when she was held up over a work permit mix-up.

The 66-year-old, who is starring in Cinderalla at the Mayflower Theatre, was detained by immigration officials at Heathrow on Wednesday.

She had flown in from Los Angeles but a copy of her work permit was lost and her passport unstamped.

The show's lawyers resolved the matter but Ms Powers missed her performance.

The actress, most famous for starring in the US show Hart to Hart, said: "I am delighted to have returned to Southampton even though there was a slight delay checking my fairy credentials by British immigration.

"It may have been inevitable, but how many fairy godmothers can they deal with on a daily basis at this time of year?"

She is due back on stage later on Thursday.

A spokesman for the theatre said: "Ms Powers was stuck at Heathrow for over an hour and no amount of wand waving seemed to be able to magic her free from the ugly sisters of immigration and border control."

The actress had flown back to America on New Year's Eve because her 96-year-old mother was taken ill and subsequently died.

A spokeswoman for the UK Border Agency confirmed that a 66-year-old woman was questioned briefly and asked to prove her right to work in the UK.
Posted by Meredy at 1/08/2009 01:59:00 PM No comments: 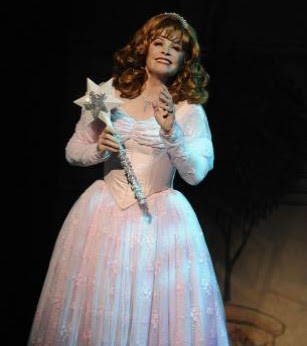 The Mayflower’s Fairy Godmother has been denied access back into the UK by immigration officials today.

Despite attempts at wand waving, Stefanie Powers has been unable to persuade officials she needs to fly back to Southampton for tonight’s show.

Stefanie, best known for her role in US TV hit Hart to Hart, was traveling back to London from Los Angeles following the death of her mother.

Although initially granted entry when she first arrived for rehearsals for Cinderella: The Musical Pantomime late last year, it now appears Stefanie’s work permit has been lost.

Producers and lawyers are currently wrangling with the UK Border Agency and hope to have her back in time for tomorrow’s matinee performance.
Posted by Meredy at 1/07/2009 02:11:00 PM No comments:

Actress flies back to America as elderly mum is taken ill 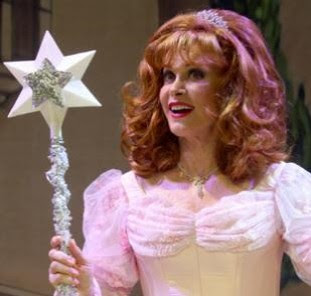 HOLLYWOOD actress Stefanie Powers has pulled out of her role in the musical panto Cinderella at The Mayflower after her elderly mother was taken ill.

The big screen veteran, most famous for her role in 80s crime drama Hart to Hart, flew back to the USA to be by her mother’s bedside following her performance as the Fairy Godmother on New Year’s Eve.

Her understudy Grace Warner joins the all star cast including Christopher Biggins, Matthew Kelly and Craig McLachlan until Ms Powers returns next week.

A spokesman for The Mayflower said: “Stefanie Powers’ 96-year-old mother was taken into hospital back in the United States this week in a critical state.

“Stefanie flew out to be at her bedside following the New Year’s Eve performance of Cinderella, and she is hoping to be back in the pantomime next week.

“Her understudy, Grace Warner, who previously played the baroness in Chitty Chitty Bang Bang on tour, received a rapturous reception from the audience and left Christopher Biggins, Matthew Kelly and Craig McLachlan spellbound at her performance.

“Our sympathies are with Stefanie at this difficult time.”

Last month Ms Powers, 67, took time out of rehearsals to visit Marwell Zoo where two fans paid for her to sponsor an antelope.

The animal was named after Ms Powers, a keen conservationist, who set up the William Holden Wildlife Trust in memory of her husband.

Following Cinderella, which runs at The Mayflower until January 17, Ms Powers is staying in the UK, performing in the revival of Pack of Lies.
Posted by Meredy at 1/02/2009 12:49:00 PM No comments: